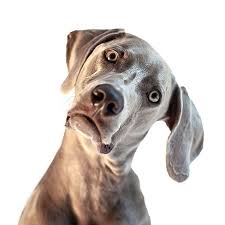 The study of language can be broken down into many areas of interest or fields.

Syntax is about how words fit together, most of which we consider grammar rules.

Semantics builds on syntax. Semantics focuses (among other things) on the meaning conveyed by the words themselves and word selection, particularly within a static context (e.g., within a particular community, not a particular conversation.) The “other things” include aspects of meaning as subtle as facial expressions and body language. It’s a broad field of study that is broken up into more specific fields.

Pragmatics is at an even higher level. Roughly speaking, it deals with understanding. For example, during a conversation, the subtle implications of choosing one phrasing over another would be part of this field.

At a semantic level, sentence 1 is a statement of certainty. It’s an expression of knowledge that you are sure of.

Sentence 2 is a statement of ignorance. It’s an expression of something you thought you knew, but now have reason to question.

At a pragmatic level, your interaction with the person you are having a conversation will be very different if you choose one sentence over the other.

Sentence 1 is a declaration of a fact, and would probably be said in a context in which the listener was acting or speaking in a way that suggested the opposite. It invites dispute and confrontation.

Sentence 2 is a declaration of ignorance. It invites education. You would expect the listener to explain the apparent contradiction between past belief and apparent new information.

Understanding pragmatics is an important part of moving into fluency, but it’s not something that can be acquired by memorizing rules. This needs the pattern imprinting that is one of the steps in learning to think in a language.