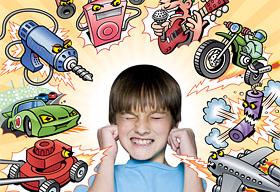 Here is another sentence from Blinktrainer:

“He is not used to living in such a noisy city.”

May I rewrite it as “He is not used to living in a noisy city.” Is “such” necessary?

In this sentence, “such” is an adjective describing how noisy – the degree to which the city is noisy – so you cannot omit it.

Without “such”, you’re just commenting on a city that is noisy.

Using “such”, the sentence is saying that the city is very noisy, or noisier than most cities.

In other words, the person may have lived in noisy cities before, but not one as noisy as this one.